Dick, a retired ex-colleague invited me to spend a few days at his place in Spain. Knowing how much I’m into my motorcycles he thought that I’d enjoy the roads in Asturias where he now lived. I therefore set off on my bike (the FJR1300) and headed for the Channel Tunnel intending to spend a few days riding through France on my way to Asturias. Unfortunately on the second day I was foolish enough to overtake a slow moving car that was driving down the inside lane of a dual carriageway. As I could see that the two lanes were becoming a single lane just up the road I opened the throttle to get past before the road became a single lane. A mile down the road I was pulled in by a policeman. The car I had overtaken was an unmarked Police car fitted with a speed camera. My license was confiscated and I was ‘invited’ to turn around and go straight home. A week later my license was returned via the mail along with a letter explaining I wouldn’t be welcome driving a vehicle in France for the next four months.

I rescheduled with Dick and took a plane to Santander where Dick met me and took me out to his place, Vista del Sueve, in Tresano near Cangas de Onis in Asturia. Dick and his wife Nina have converted a couple of old properties into two holiday apartments sleeping six each and a separate home for themselves. The conversion is done in sympathy with the surroundings and the view of the distant mountains across the valley makes the heart sing every time you look out of the window. The apartments are self contained with a fully equipped kitchen, wet room and two double bedrooms. There is a double sofa bed in the living room to accommodate larger parties. Everything is clean and new and Dick and Nina are welcoming and also biker friendly (Dick is about to buy a trail bike to explore the surrounding countryside).

After settling in and unpacking we set off for Cangas de Onis for supper. The area is famous for its cheese, its cider and also a dish similar to cassoulet called ‘Fabada Asturia’. Over the course of the weekend I tried all three and all three were wonderful. On this first night I tried the fabada and liked it sufficiently to buy a kit of ingredients to take home so that I can cook it for myself. We ate at a different restaurant each evening in Cangas and a three course meal with wine only cost €10 (£8) per head in all of them!

During the days Dick took me around the area showing me the sights, and what sights! Being a mountainous region there are great mountain views whichever direction you look and the roads were as perfect for motorcycles as Dick had described to me. I was just so disappointed to be in a car on not on my bike! Over the course of Saturday, Sunday and Monday Dick took me to mountain top viewpoints, lakes, coves beaches and, perhaps most impressively, a cave (La Cuevona de Cuevas) that had a road running through it! I’ll let the pictures speak of the beauty of the region as my words would only fail to do it justice!

I had a great time there and it was a welcome break from the norm. Dick and Nina are very lucky to have found such a lovely place to retire to.

If you would like to visit and see for yourself Dick and Nina would love to hear from you ( http://www.vistadelsueve.eu/ ). There are regular flights from Stanstead with Ryanair (mine were only £22.50 each way from http://www.ryanair.com/ ) or you can get a ferry from Portsmouth to Santander (90 mins drive to Vista del Sueve) or Bilbao (2.5 hrs drive to Vista del Sueve) with Brittany Ferries ( http://www.brittany-ferries.co.uk/ ).

Pictures from my aborted bike trip: 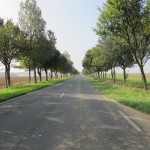 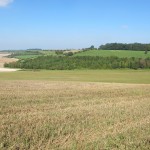 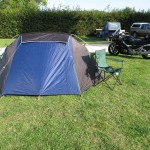 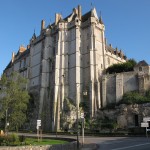 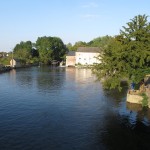 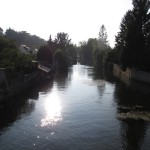 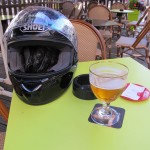 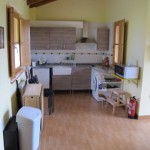 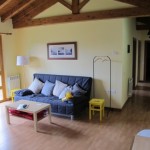 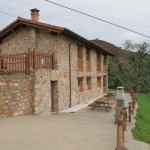 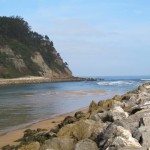 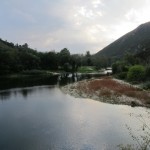 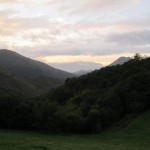 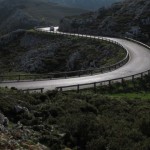 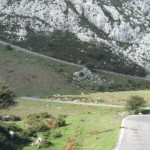 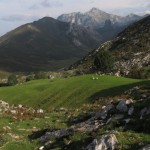 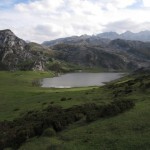 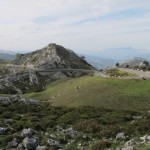 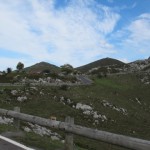 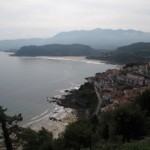 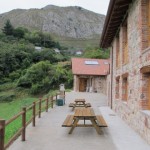 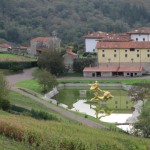 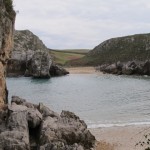 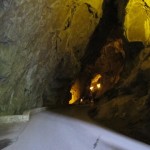 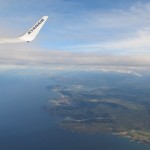