We finally got a full practice session in good weather with a dry track, WOOOO HOOOO! About time! The big bikes came out to play and John McGuiness banged in a 129 mph lap on his second time around. Bruce Anstey also put in a 129 mph lap. Good going for the first time out on the superbikes! Moly \ Farrance and Reeves \ Sayle both did 113 mph laps in the side-cars. Even better news is that the weather forecast is now good for then remainder of the festival so, if the weather men have got it right we’re in for some great racing.

Tuesday night practice was abandoned before anyone turned a wheel. The roads closed and we got ourselves all set up at Union Mills when it started to rain and a delay was announced and after about an hour the session was cancelled so after the roads were re-opened we retired to the inside of the Railway. I had my single allowed pint and when Shaun then asked what I wanted to drink I asked for an orange squash. The look on his face was priceless! With much muttering and swearing he did get me the pint of squash, which tasted foul. Whilst drinking the vile stuff Sue and Steve offered to let me stay in the spare bunk of their motor-home, so a quick transfer from squash to wine ensued. After a few in the Railway we decamped to the Crosby where a few more wines were consumed before heading back to the motor-home for cheese on toast and bed. I’ve felt better on waking up than I did on Wednesday morning, but obviously wasn’t suffering as much as Sue, who looked rather green! We subsequently found out that Shaun and Mandi had stayed on for a few more drinks at the Crosby!

On Wednesday morning I took Steve into Douglas to get a new mirror and indicator for his bike. £150 full price and £135 with marshal discount! Stunned is the word! They had the mirror in stock and that’s now fitted, but we’re still waiting for the ordered indicator.

I had a quiet start to Thursday, having a late breakfast at the local cafe, which was very good value. After doing some shopping and preparing some rolls for the evening practice session I set out for Douglas only to be turned around at Balthane due to an accident blocking the road. My alternate route took me through Braaid, which gave me an idea for later in the day.

Once in Douglas I visited the ‘Roads Open’ photographic exhibition. This is an exhibition of road racing pictures organised for charity by the chaps at the Road Racing Supporters Club ( http://www.roadracingsupporters.com/ ). From there I went to the Manx Museum where they had an exhibition depicting the Island’s involvement with motorcycles through the years. On the way in I saw a guy from my local in Hampshire! With time to spare I was wondering what to do and then remembered seeing Manx Heritage sign in Braaid and on checking the map discovered that it is an ‘ancient monument’ ( http://www.iomguide.com/braaid.php ). On arrival I found that it is actually an Iron Age roundhouse and two Norse long houses. It is easy to imagine how they would have been all those years ago and to see why that location was chosen. I took plenty of pictures before heading back to Douglas for some souvenir shopping before heading of to Union Mills for the evening session,

For us the evening session was uneventful, but after the session was closed for people to start new laps there was a red flag situation because of an incident at Grahams. Fortunately neither the driver or passenger were seriously hurt. A couple of minutes after the roads opened a Ducati pulled up next to me and a voice from inside a helmet said “Mr Handy”. It was my mate Kev from Hampshire. I’d originally planned to head straight back to Port Erin, but it would have been rude not to go in for a drink with Kev, so the Railway had our custom once again.

Today I may take a trip up the mountain. I’ll let you know if I do next time!

PS. If you’re wondering why there’s no photos of the bikes ‘in action’ its because marshals aren’t allowed to take photos when on duty. Logical if you think about it! 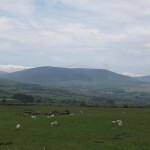 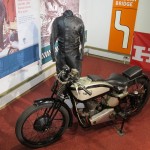 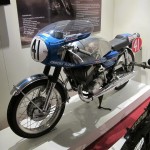 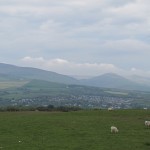 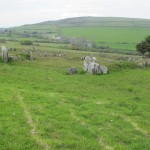 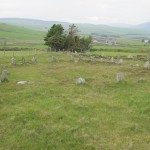 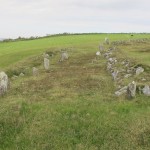 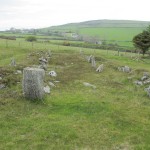 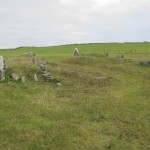 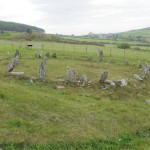 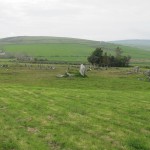 One thought on “Practice at Last!”